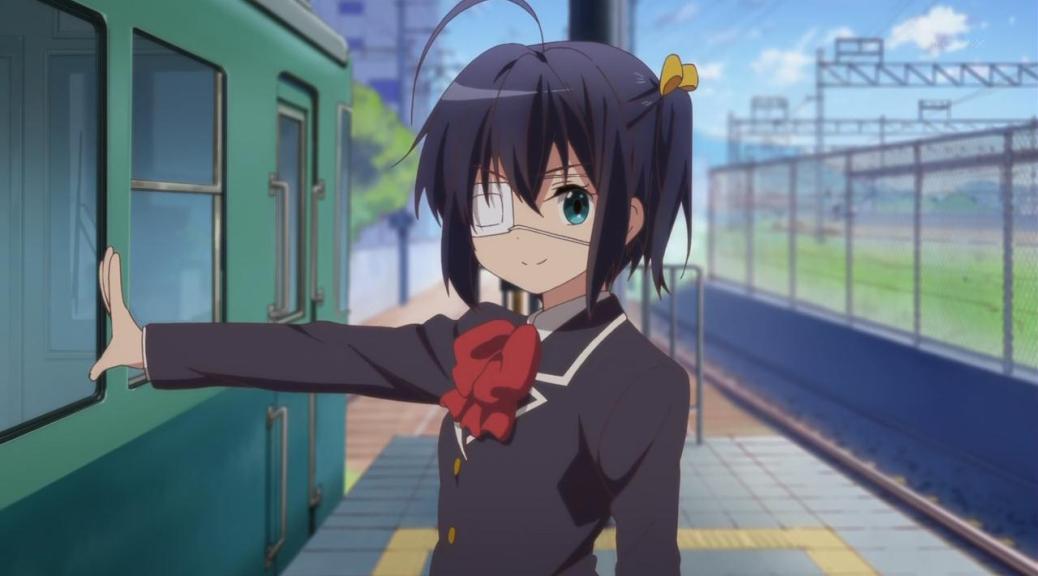 Any time I can take a female character from a video game or an anime and compare her to my girlfriend in terms of her body type and personality, it’s always a plus. Now my girlfriend isn’t a 16 year-old high school girl who thinks she’s a sorceress possessed by the Tyrant’s Eye and goes around town on her skate shoes thinking she’s having epic anime magic battles. But she has a very similar frame even today (she’s a tiny girl) and shares similar mannerisms to Rikka. 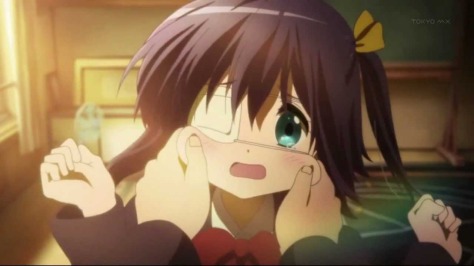 I’m not sure that in all of the anime I’ve watched, there’s been a character that I’ve been associating the word ‘adorable’ with more and keep in mind that’s counting all characters, including children and animals. There’s no doubt in my mind Rikka was created to be the epitome of cute. I’ve always personally been a fan of smaller-framed girls, and as I’m sure you’re also aware of if you’ve been ready any of my content relating to the looks of anime girls, I’m not a big fan of big tits. Though no one in this particular anime crosses that line for me, when you have a girl like Rikka around (and she’s not 12), it’s an easy pick for me, girls like Laura from Infinite Stratos and Akatsuki from Log Horizon come to mind and those two names also fall into the top of my list, as Rikka and Akatsuki did make the top 10 anime girls I’d marry list, Laura only not making it due to my “one girl per series” rule, Charlotte beating her out. When it comes to girls with less of a bust, which in turn means less cleavage, the show relies more on their personalities to get them over with fans, rather than just putting them in precarious positions or just flaunting them off (see Mai from Myriad Colors Phantom World this season). And in Rikka’s case, her personality is what shines the brightest the entire series.

Taking her “Eighth Grader Syndrome” and putting it aside, Rikka is a hyper-active, super peppy, all over the place adorable girl. It’s pretty apparent to me that if she had grown out of her sorceress phase by high school, she’d have a ton more friends than she has in the series. Her smiles are contagious, her happy-go-lucky attitude is infectious and I can’t see a scenario where she wouldn’t just be a joy hanging around. She’s definitely got a nerdy background, so talking about anime, video games, all that jazz would be a must, so another notch in her belt. But most of all, the unpredictability of her personality in terms of what she’ll do and what she’ll say is the biggest draw. I don’t mind unpredictability as in she might say something really rude or whatever, it’s just the randomness of her behaviour that would end in laughs for everyone. There would never be a dull moment hanging around with her. 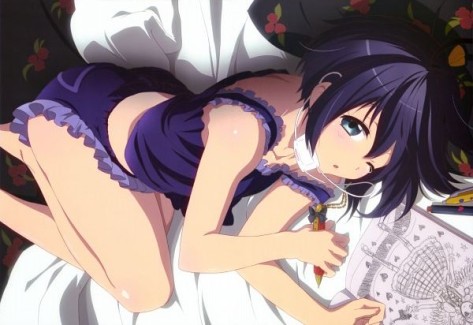 And the thing with Rikka as well, is that while she’s smaller-framed, it doesn’t necessarily mean she under no circumstances can be sexy. Being into smaller-framed girls myself, as my girlfriend can attest to, Rikka makes up for the lack of breasts with a cute face, a cute and slender body, and of course, a really cute butt. Both times we see her in a swimsuit, she’s absolutely gorgeous. I say it all the time, but the best female characters in terms of their looks, for me they’re the ones we see the least sexy-oriented moments of them in their normal attire, so when we do get to see them showing a lot more skin than usual, it means something more. And in Rikka’s case, that’s exactly how it is, the majority of the show, she’s in her school uniform, which really hides the small set of breasts she actually has and since the series doesn’t go the panty shot route, we don’t get to see much of her cute butt that she has. To add onto her looks, some artwork of her (here and here) is absolutely gorgeous and just adds onto the secret sexiness she holds. And to finish, given how her sister Toka has shaped out, there’s still a chance that Rikka may shape out just a little more in her late teens. 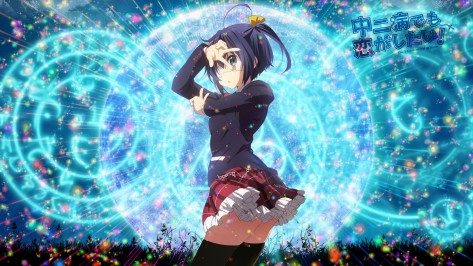 Rikka is a prime example of a character that doesn’t need to be overly sexualized, prettied up, or simply displayed as someone who you’re going to fall in love with, she does all the talking herself. She’s easy on the eyes, but when the uniform’s off and the bikini is on, she becomes far sexier than you would’ve first thought. And of course, her personality is just the best thing about her. She’s a 24/7 all the time ball of energy and joy, it’s nearly impossible to not smile around her. But most of all, when you’re close to her, she can be the cutest shy girl you ever saw. And once you make that final step with her, she’s your best friend for life, one that I’d certainly be happy to spend the rest of my life with if such a person existed. Oh wait, my girlfriend’s pretty damn close to Rikka, so I think I may have accidentally succeeded. Who wouldn’t love to have a girl like her to wake up to every morning? 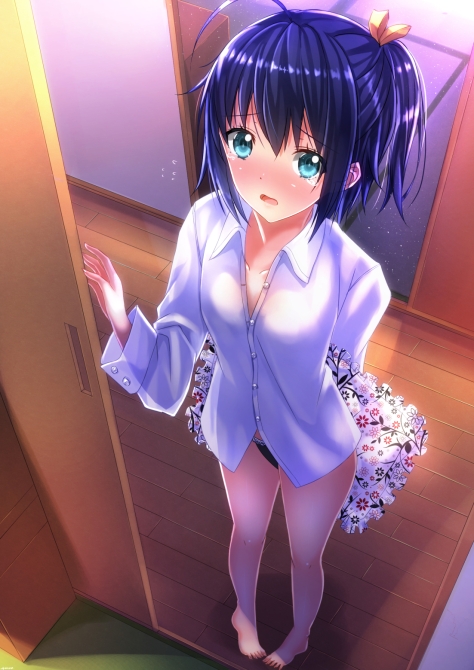