Anime Spotlight: Actually, I Am 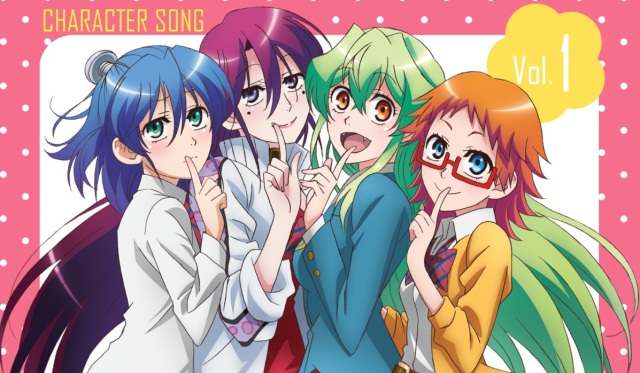 My favourite overall anime of the Summer 2015 season of anime, “Jitsu wa Watashi wa”, or “Actually, I Am” had everything I could ever want in a harem-style anime. It had a great art style, interesting characters, a ton of comedy and actually managed to accomplish all that in a harem anime without having an excessive amount of sexual content in it, aside from Shiho. It’s the one anime that by the end of the summer season, it was the only one I was refreshing Crunchyroll every hour until it popped up in the queue the day it was supposed to be out every week. 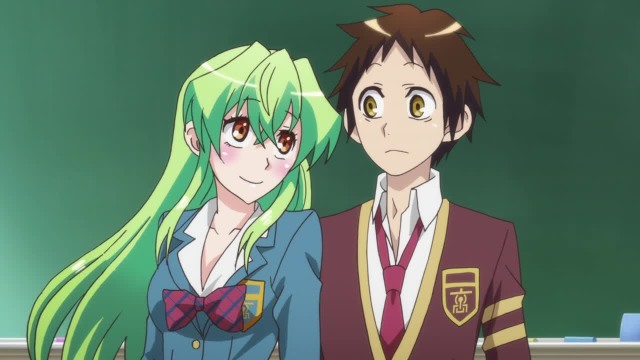 The entire 12-episode series is a romantic comedy that happens to have every involved girl in possession of some otherworldly quirk. Youko is a vampire, while Nagisa is a less than foot tall alien inside a life-sized robot version of herself. Shiho is a werewolf (we’ll get into her more later) and Mikan, while 100% human has a pair of possessed glasses that can talk. Their principal as well is a devil girl who’s lived for centuries, yet looks like a 14 year-old girl with pink hair and is addicted to candy. The preposterous nature of the show only enhances the comedic situations the characters get into over time.

Youko is the main love interest of the male protagonist, Asahi. Is understandable for him to be interested in this lovely green-haired vampire. She super-nice, super-cheerful, just fun to be around. But for Asahi there’s a catch: she’s a bit of an airhead when it comes to Asahi being into her. It’s a interesting flipping of the roles here, usually in harem anime it’s the male protagonist who has no idea that all the girls are trying to gain his affection, but in this anime it’s arguably Asahi’s only real love interest in Youko that has no idea what’s actually going on. If she wasn’t an airhead on the topic, this anime would simply be a 12-episode love story. Instead, this allows a couple other girls drop their names in the hat for his affection, though again it’s arguable that it ever matters. Either way, Youko is a very enjoyable character in the series, one that’s hard not to like. And she ain’t have bad when she wears an actual sexy swimsuit. I wanted to have a picture of what Youko wears as a “swimsuit” in the sexiness contest against Akane, but I can’t find any pictures of the entire contest that isn’t Shiho! *sadface*

It’s interesting to the story when Nagisa is actually Asahi’s initial love interest, but she shot him down immediately and pretty harshly in fact. Which makes it easier for me, as Nagisa is easily my favourite of the girls in this series. I discussed it a little bit already in my Top 10 Anime Girls I’d Marry list, but she is a wonderful girl to be around (when she’s not trying to erase your memories with a “Memory Erasure Apparatus” aka, a hammer), she’s adorable, a little shy, yet can be a bit on the crazy side, which I enjoy. What can I say, I like a little bit of crazy. I find out of all them, my eyes gravitate towards Nagisa. She’s not a sexual deviant like Shiho, just trying to draw your attention to her cleavage. She’s not too prettied up like Youko is and she’s just a tad bit cuter than Mikan. Both of them are just plain pretty, but Nagisa edges her out. You just have to hope that this life-sized robot version of her is built for human contact as well, otherwise a loving relationship with an alien smaller than a pencil is gonna be a little on the tough side.

Mikan is the most interesting story-wise when it comes to Asahi’s affection, because she’s the only one really fighting her feelings by the very end. Youko’s slowly catching on, Nagisa’s accepting that she actually does have feels for him, but Mikan has always liked Asahi, yet she struggles to let go of those feelings, as she seemingly prefers him as childhood friends like they’ve always been. She can be a real pain in the ass at times, though that’s mostly her way of keeping around Asahi, since she can’t seem to just normally approach him and talk with him, so she becomes a thorn in his side just to stay around. It gets to the point that the glasses nearly forces her to state her love for him before Nagisa takes the glasses and ends up being the one to say it. It’s a rather interesting case where you have a girl who’s always loved the male protagonist, but arguably she sees that there are better matches for him, so she tries to let him go, but she can’t. And the anime does a really good job with her towards the end. 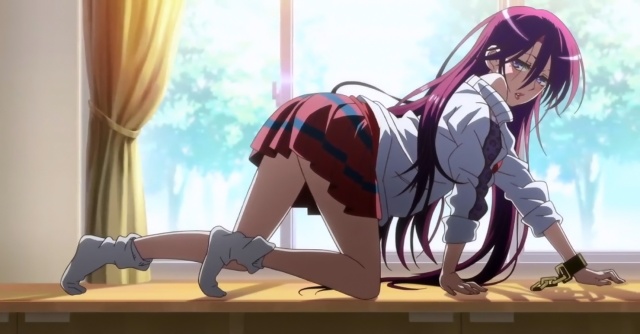 The clear sexual relief of the show, I never really like Shiho except for her introduction, that was hilarious. But in terms of her looks, I don’t know, it never clicked for me at all. Maybe the overly sexy girl look just doesn’t fit within the confines of the series. Like a said, she’s a werewolf, except there’s a catch with this one. She doesn’t transform into an actual werewolf, she just transforms into a white-haired boy with sharp teeth. And she doesn’t even need the real moon to change apparently, a picture will do. It made her introduction hilarious, it’s probably one of my favourite scenes from the entire series, so it’s a real shame when her character really offers nothing more than a pair of big tits and constantly trying to undress the other girls.

The best thing about this show 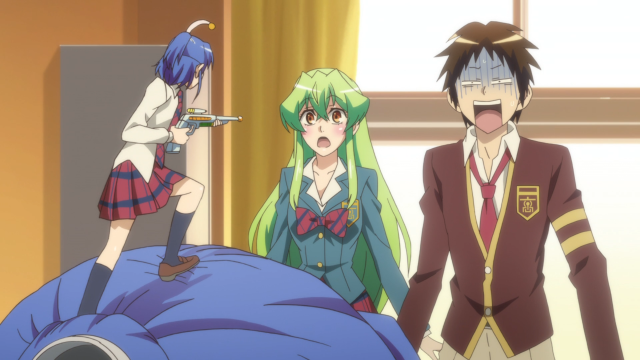 If you’re looking for a fun romantic comedy, this might be up your alley, if you can handle a few curveballs. The anime is a bit on the insane side, but also houses a pretty accurate depiction of a love triangle, particularly between Asahi and Youko/Nagisa. You should definitely check this out, it’s such a good show. And it’s just so damn cute too!