That Nel’s one hot chick…just don’t tell her I called her that, specifically the ‘chick’ part. This Aquarian ninja from Star Ocean: Till the End of Time is a girl you don’t want to mess with. She’s loyal to those she serves, tough as nails, yet while she’s designed to be a badass girl in your party, I can’t help but look at her and see her as a total sweetheart more than a badass soldier. But hey, I’ll take both.

Nel’s a girl that I’ll be throwing into the group of legendary female characters like the ones already in the Character Spotlight articles, except she might be the one I have the least to say about. Why? Honestly, I never fully finished the game, so I don’t have full usage of the content and its storyline. But most of all, there’s really (at least when I’ve played the game) not a ton of things I can say about Nel that doesn’t just amount to “she’s gorgeous”, “she’s nice” and “she’s badass”. 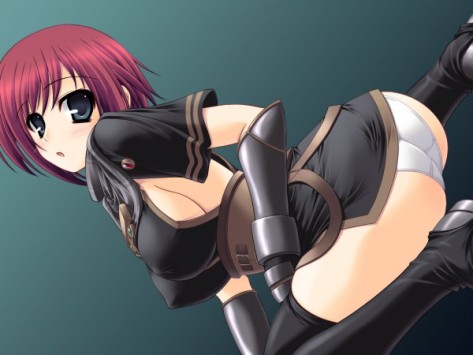 It’s also a testament to how forgettable she must be when this is the only well-drawn fan art I’ve ever seen of her. Which is surprising to me, because she’s absolutely stunning and as we’ve learned all throughout gaming and anime, that’s more than enough to have hundreds of well-drawn fan art of a girl. I chalk this up to not that many people playing the game as far as I’ve known, I can count on one hand how many people I know who’ve played it. Mix that with girls like Mirage and Maria also around to divert attention, you make it harder and harder to be paid attention to.

But for me, Nel steps ahead of the rest of those girls, hell I’d put her number one in Star Ocean, though Rena’s right next to her. I’m a sucker for red hair, her voice is the perfect blend of sexy and mature and most of all, while she could slit your throat in the blink of an eye, she really does come off like she’d be your best friend if she wasn’t on duty. I’ve never looked at Nel as a tough, hard to approach girl, even if she was intended to be so. She really does come off to me as a girl who once she’s home, settles down and is either just a calm, stoic woman, or an absolute adorable cuddlebug. Seems like it might be a little bit of both considering her friendships with Tynave and Farleen.

And there must be a little bit of a soft spot with this girl if an alternate costume is a maid outfit. No badass assassin’s wearing this without a mission-based purpose. 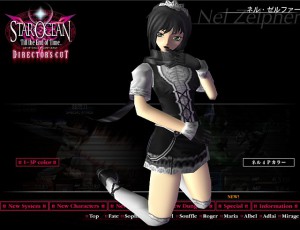 So yeah, sorry this one’s shorter and I’m not gushing as much over this one, but Nel’s just that, a girl that I like, well…just cause I like her. Sometimes you don’t have a million reasons why, sometimes it’s just down to “she’s pretty” and “she’s nice”. Ain’t nothing wrong with that!