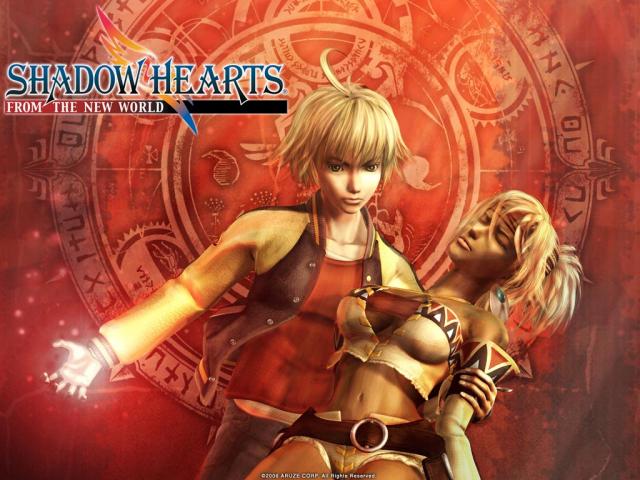 How many games have you played over the course of your life that made you legitimately interested in history, geography, anything like that? Some games come to mind include the Carmen Sandiego games, Mario is Missing, stuff like that.

A game I’d add onto the list for myself: Shadow Hearts: From The New World. Yes, a crazy JRPG that has a giant talking cat fighting like Jackie Chan’s drunken master gimmick, a dumbass American ninja who fights with insane weapons such as a bus stop sign and a mariachi guy who fights with a guitar implanted with guns inside it. That game made me legitimately interesting in history and geography.

The game is set in the year 1929 as we follow a young 16 year-old Johnny Garland who runs a detective agency in New York alongside an old friend to Shadow Hearts fans, Lenny Curtis. Initially what was just supposed to be a search for a missing person turns into a massive journey across the Americas to save the world from a super-powered villain.

Compared to most JRPGs, the universe in this game is so much more different than most. I haven’t played much of the either two games in the series, but From The New World for me is a fantastic mixture of historical events and places while intertwined into a ridiculously over-the-top sci-fi epic fantasy. Wanna break Al Capone out of Alcatraz while his resurrected sister wreaks havoc on everyone breathing? Hell yeah you can! Want to sneak into Area 51 and along the way bump into an alien and a vampire who switches between a vampire bat, sexy goth girl and a super-obese version of herself? Yeah, that can happen to! The game takes various places, people and events you’ve probably heard of and twist/skew it as much as possible to fit it into the game’s storyline. It’s insane and I love it.

The one thing that really makes this game keep itself from getting boring, is it’s battle system. Albeit sometimes frustrating, the Judgment Ring system has every action pop up with a wheel mini-game where you have to strike either the larger, main coloured area of the ring to successfully perform the action, or you can go for the much smaller red section which adds a bonus on top of it, like a critical hit. This makes every action require your attention rather than most JRPGs which is a sit and watch experience (*cough cough* FFXIII…) and offers little for the player to do. It can get frustrating when status effects add onto it, doing such things as changing the speed, changing the direction of the needle and making the zones invisible. But most battles are fair and it’s just a matter of adjusting to it.

There’s a fair amount of customization as well. The game offers Stellar Charts, which is similar to FFVII’s Materia system. You can decide who gets what abilities and what chart they use, as some offer more options than others. You can even customize each chart to your own preferences, so there’s plenty of ways to play your party members. They each have their own special abilities as well to further differentiate themselves and they level up over the course of the game through various means. The most notable is of course other main character, Shania who uses the Fusion ability to transform into various Native American spirits which have different elemental abilities and battle styles. Every character has something unique going on and it keeps the battles fresh as the game progresses.

In terms of the story, it’s nothing too special to look at. I personally view the game and its storyline as a sort of comedic sci-fi epic, the story is there and there are a few interesting plot points over the course of the game, but there’s nothing that will invest you to the point of sinking in hours on end to get to a conclusion.

What the game has however that makes it so irresistible and memorable is its wacky cast of characters, both playable, enemy and NPC. Other than the main cast I already went through, one of the main villains Gilbert is pretty much The Penguin from the Batman series, minus the outfit and accent. The shopkeeps you see are gay bikers, one is normal, the other is super flamboyant which may rub some people the wrong way, but if you’re familiar with Japan, this is a normal caricature you’ll see in various media. And like I said earlier, the number of real people featured in the game, from Al Capone and Eliot Ness to H.P. Lovecraft, it’s crazy how they mix these people in!

If you’re looking for a wacky JRPG, this is way up your alley. And if you have any interest in history, this will be a massive cherry on top of this already delicious cake. Check it out!