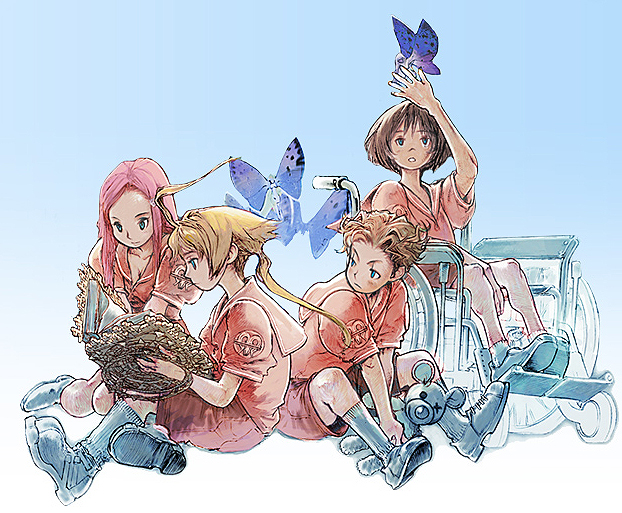 Final Fantasy Tactics Advance however, is one of those games that breaks through those limitations and creates a game that I will have a hard time forgetting about. 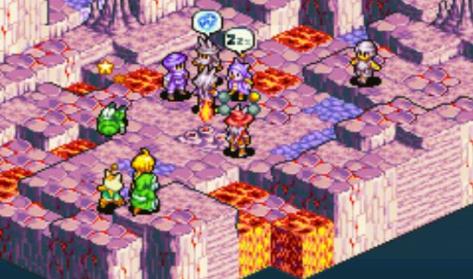 For the Gameboy Advance, the artstyle is surprisingly beautiful, given the hardware it’s on. The character designs are solid, while the map is absolutely breathtaking at times. And it’s not like a copy/paste job either with this game, the maps have their own individual charm and the characters especially all have their own unique look, with the various races and classes you can have in your party. Though I’ll admit the sprite for Marche, the main character isn’t all that great.

The story isn’t anything crazy to speak of, but it doesn’t have to be. I don’t know games like Fire Emblem to have super good stories, it’s more the strategic gameplay and the characters that are more important to me and Final Fantasy Tactics Advance delivers on that front. Characters like Montblanc and Ritz are interesting and look cool and of course the gameplay is solid.

The beauty of the game’s battle setup is that while it offers a ton of strategic options with the various classes, height ranges of the maps and the many different spells and abilities you have at your disposal, the system is extremely simple. You move space to space, attacking from behind gives you a higher hit percentage than in front, being an archer and having the high ground gives you the advantage, it’s all things that are very straight forward, yet enough complexity is added in to make the system a little more challenging but without being overly confusing like a lot of JRPGs (especially the later PS2 ones) tend to be with their battle systems. I played this game at a younger age when I caught on less to more intricate and strategic games and I had absolutely no problem with this game, even with the hit percentage system in place.

The story however does offer an interesting idea that I wanted to talk about before I send this article off. All the main characters that aren’t from the world it takes place in are young kids from the real world, somehow transported into this fictional fantasy world. Initially there’s an “I want to go home” kind of attitude from them, but after time passes, they find less and less reason to go home. The biggest one is Marche’s brother who’s bound to a wheelchair, but in the fantasy world he can walk again and do all the things he couldn’t in the real world. It’s things like that where you watch the characters find more and more reasons to refuse to leave this world that’s far more enjoyable than their real lives. And that’s really interesting to me.

Overall, Final Fantasy Tactics Advance is one of my favourite handheld games of all time. It’s a game I’ve constantly gone back to, I love the art design, the battle system is one of the best I’ve ever played and it’s just such an easy game to get into. Check it out!