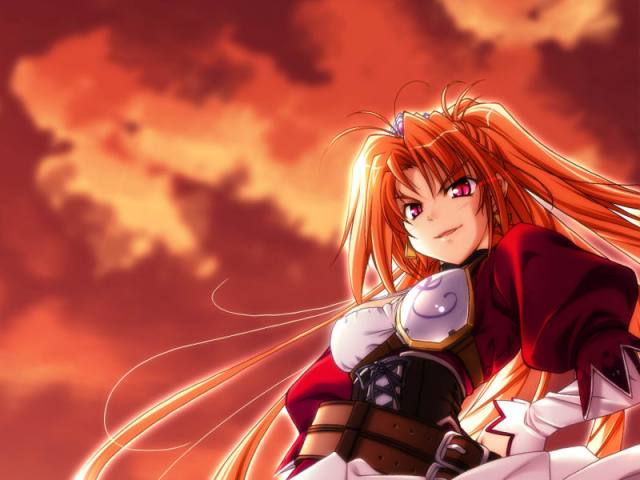 …Oh, my streak’s not that big, huh? Well whatever! I’ma do it anyway! With probably my favourite female character from any visual novel I’ve ever played: Angela from Princess Waltz.

The most aggressive of all the Princesses in the game (Suzushiro gets the honour of being the most dangerous because she’ll destroy everything if you piss her off enough), Angela for a girl who comes off looking extremely elegant, proper and all the other stereotypes you’d give a Princess, she’s way off the page of that list. She comes off like a spoiled brat, without the brat part if that makes any sense. Like I feel she carries that holier than thou moniker, but without the temper tantrums, endless expectations of people giving her stuff, all that jazz. Instead, she’s an elegant rich girl who couldn’t give a flying fuck about everything around her. She has a set amount of things she desires and that’s all she cares about and all she focuses on. Everything else is just wind in her hair to her.

In battle, that aggressiveness only gets accentuated higher and higher. She fights with a massive lance, but swings it around like it’s just a shortsword. Constantly charging, never giving her opponents a moment to rest, her fighting ability is that worthy of anyone’s attention. It’s also specifically her fighting style that has always made me want to see this visual novel get an anime, just to see the incredible battles these girls would have. I could do without the sex, so make it an ecchi action anime and I’d be more than happy with that.

Of course though, above all else her beauty shines brighter than anyone else in this game. I’d love to show you some of the better CG pictures from the game, but y’know the whole 18+ thing puts a kibosh to that, so official artwork is where we’ll have to settle. It’s actually kind of strange now that I think about it, Angela’s general clothing styles are normally ones I don’t immediately gravitate towards. I’m not actually that big on black lace underwear, which for a lot of men is like the mecca of lingerie. Same goes for garter belts, really not a fan of those. But in Angela’s case, I forego my usual preferences and allow her in with open arms. Perhaps it’s the red hair, perhaps it’s my liking of more dangerous girls, or perhaps the art is just that damn good. For whatever reason, Angela is top-tier beauty, even with the usual suspects that turn me off of girls. 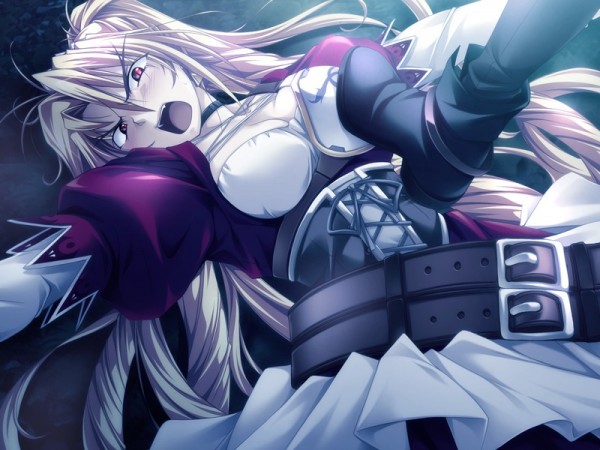 For a female character in a hentai visual novel, Angela sure is more than just a pretty face, a smoking hot body and a sexual desire for the closest male body to her. Not that Angela doesn’t have those three things, but she has far more than just those three things. She’s very capable in handling her own problems, her look is very unique (the game universe itself also aids in that) and in terms of the usual characters you find in this kind of content, she’s just different. She’s not just the cute flirt, the tsundere, or whatever anime trope character you can think of, she’s more than that and I love her for it.

…Oh yeah, I forgot about this picture, so much better than the black lace. She looks like she doesn’t like being cute more than hot. Don’t care, you’re lovely, Angela!