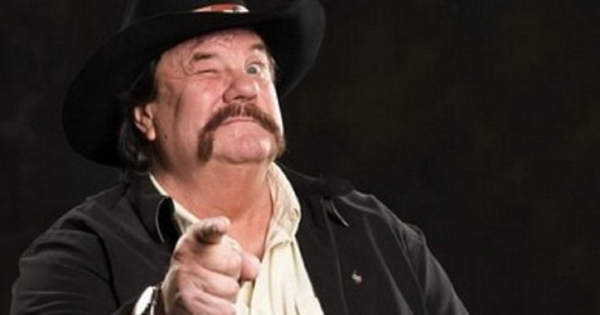 After already being hospitalized and listed in critical condition not long ago, we learned the sad news this week of Robert Windham aka Blackjack Mulligan passing away at the age of 73. Now I’m too young to remember him from live wrestling, but I do recall the odd old-school video of some of his matches and I liked his style, a shame many new wrestling fans may never see his matches ever. Of course, fans are aware of him by his sons who include Barry Windham, his son-in-law Mike Rotunda aka IRS and his two sons, Windham and Taylor, better known as Bray Wyatt and Bo Dallas.

Blackjack Mulligan will be severely missed by the pro wrestling community and I wish his family and friends my deepest apologies for their loss.

There’s a lot to go over from the Raw after quite possibly the worst WrestleMania I’ve watched live. For starters, the RAW debuts. Apollo Crews looked good in his first match, his character didn’t go over terribly well in NXT, but I think it’s more suited for the main roster crowd anyway. The smiling gimmick makes him a lot like another John Cena type and with the potential of being one of the very few African Americans to be come world champion, his career could be on the rise in WWE. Baron Corbin after winning the battle royal came out to a resounding meh, but I think that’s what we should be expecting from a new heel, he’s not going to start with mega heat. And Enzo/Cass blew it out the water in their debut, Enzo was on his full promo game Monday night and I can only hope that with that huge crowd reaction from the hardcore faithful, the dumber casual crowds will look at that as people they should be cheering for and letting WWE know they’re worth keeping around in a major tag team role.

The whole Shane/Vince angle has been a joke and RAW cemented that. After all the storylines and losing at WM, Shane still gets the job for the night. I could talk forever about the dips in logic here, but I have a larger complaint: What did Shane actually do? Don’t pretend that he caused all these debuts and AJ Styles to win the #1 contender spot for Roman’s title. This is a NORMAL post-WM RAW and he appeared once after getting the job to say what the main event was. He didn’t come back out to say anything, he didn’t introduce anyone, he was just there. Bravo, WWE.

The women’s segment was also dumb, not on anyone’s part in the ring, but how Vince and Co. drew this up. You know the fans on this show are smart, so you should know that when EVERY WOMAN ON THE MAIN ROSTER is out in the ring for this, they’re going to assume someone’s missing, hence the Bayley chants. People were upset with the crowd for ruining the segment, but that’s not the fans fault. WWE should’ve at least had Sasha and Becky not in the ring, so the fans can at least think they’re in the back pissed off and might come out to say something. Instead, everyone was there and Charlotte had to push her way through that crowd because the writers and Vince are fucking stupid at setting things up and don’t think about a damn thing beforehand.

Finally, AJ Styles getting a shot at the title is bittersweet. He’s going to be the first victim of the Roman Empire’s title run, but there could be a few pluses to this match. One, the opportunity for AJ Styles to prove that he can draw, work in the main event and put on a spectacle could do wonders for other guys on the card like Owens, Zayn, Cesaro and more NXT indie callups to come. And of course secondly, the potential for a Balor Club interference, assuming now it’d be against Styles not with him is now upped higher, which can never be a bad thing at this point. As long as Styles looks strong in this match, I honestly don’t see a problem with him losing. The fact WWE is actually giving him a shot so soon into his WWE debut is a possible sign things might actually be changing after all. But only time will tell.

Amongst all the announced names, there’s three major names floating around for the WWE Global Cruiserweight Series. Obviously after appearing on NXT Takeover: Dallas, Kota Ibushi is pretty much a lock and according to Dave Meltzer of the Wrestling Observer it could be far more than just that. But other names rumored are Ring of Honor’s Cedric Alexander and Ricochet, also known as Prince Puma in Lucha Underground.

Alexander is currently not under contract with ROH so he could easily make an appearance. The more curious object though is that Ricochet has announced he will not be taking any booking after June, which could mean more than a GCS appearance as well.

It’s no secret to wrestling fans that Ricochet is one of the best athletic stars in the entire wrestling world and is a major crime that WWE has not picked him up yet. So if he could be possibly heading to WWE for a permanent stint, this is huge news to the indie wrestling community. There’s just no way this guy can fail unless he has a career-ending injury, he’s got the look, the swagger and arguably the best athletic ability in the entire world right now.

This tournament could be the best thing to ever happen in professional wrestling. Seriously. The best.

After appearing at WM 32 in the battle royal, it looks like Shaq vs Big Show is almost a lock as a match next year at WrestleMania 33 in Orlando. Now my personal thoughts are simple, this might actually work. Shaq’s a big guy and he’d be facing let’s be honest a non-threatening character now in Big Show who apparently is the only person in the WWE with a knockout punch (cause even Lesnar doesn’t have one), so I can see this match working. It’s also a throwaway celebrity match, after this year’s WM I’ll accept whatever crap they throw next year, it can’t be any worse.

I shouldn’t have said that…oh dear, what have I done?