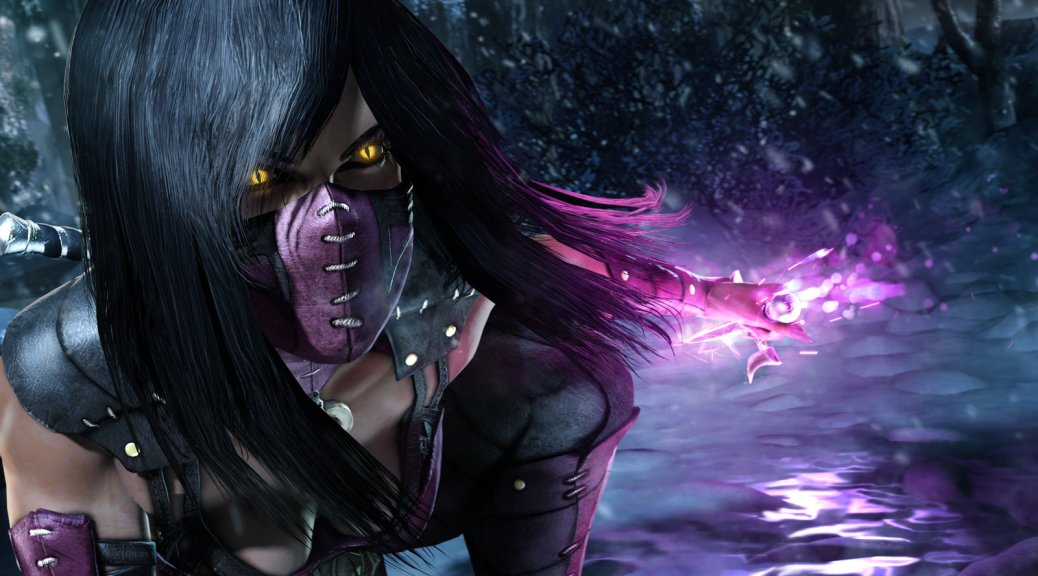 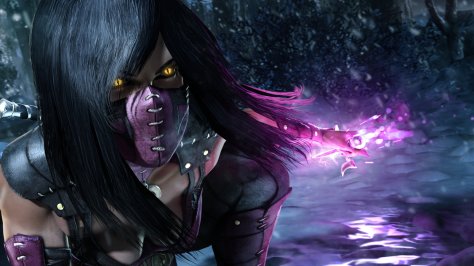 Originally, she was just a palette-swap character with the blue female ninja Kitana. But then a crazy idea came along. Co-creator of the Mortal Kombat series, John Tobias said the following about the creation of Mileena:

“I took advantage of Kitana and Mileena being masked sisters to make a play on the veil myth… One sister is beautiful. One is ugly. One is good. One is evil. Choose wisely before asking one on a date.”

Little did we know just how true that statement would be. 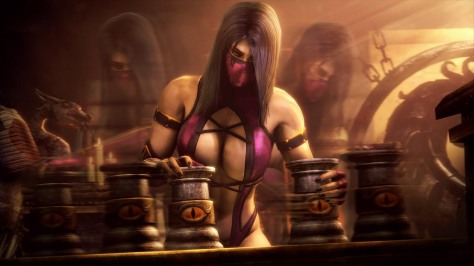 It all looks fine at first glance, does it not? She’s very much like her “sister”, Kitana. She’s absolutely stunning, she has the same long, black hair Kitana has, albeit she lets it all down while Kitana often has her hair tied up. Realistically, Mileena is a slightly more voluptuous version of Kitana, she has a little more of a bust and tends to be a little more scantily dressed.

But of course, under that mask is a much different story.

Originally, Mileena was just another Tarkatan warrior, a race of hideous creatures that in the old Mortal Kombat lore were a mix of the human race of the Outworld realm and a demonic race from the Netherrealm. In the new canon since the Mortal Kombat reboot, it was said in a conversation between Baraka and D’Vorah that the Tarkatans were just a race conquered by Shao Kahn, keeping things simpler, I suppose.

Mileena was meant to be a replacement for Princess Kitana, who Shao Kahn adopted after taking over Edenia. While Kitana knew nothing of this initially, Shao Kahn decided to have a backup plan if she ever rebelled against him, so a cloning project began, Mileena was the intended subject to be fully cloned to look exactly like Kitana and replace her if need be. However, the process failed, leaving her face disfigured with the Tarkatan trait with the giant mouth with jagged-teeth. Hence the mask to hide this.

Ironically, Mileena has been used in large part as the sex symbol of the series, not that the majority of female characters in the game aren’t dressed sexually or anything. But out of them all, there’s no question Mileena has been the primary source of the sexy artwork that’s come out over the years. Her two most infamous moments of this are her Mortal Kombat: Deception artwork (here) and her alternate outfit in the Mortal Kombat reboot (here).

I kind of enjoy that of all people, this is the one the creators intentionally chose for such promotional artwork and costumes. They could’ve easily had Sonya or Kitana as their picks for such a thing and have them become their Cammy White or Mai Shiranui. But instead they went with the funniest option at the time, let’s give all the MK players who are attracted to women the most confusing boner in the world. It’s hilarious!

In terms of her fighting style, I like using her once in a while, though not one of my favourites by any means. She’s a faster, short-range character which can be very strong if you’re good at combos (I’m not at all). But it’s mostly her visceral style and especially her X-Rays and fatalities that I love about her. Her Mortal Kombat X fatality where she literally claws you in half is just so disturbingly awesome.

It’s a real shame though that we might not be seeing her again now in the MK universe as she’s killed off in Mortal Kombat X by D’Vorah. However if people remember her original story, she was killed in Mortal Kombat II and brought back to life the following game. So it’s very possible she’ll return soon enough. I honestly can’t see the series without her, she’s become a mainstay of it and one of the most recognizable next to guys like Liu Kang, Raiden and of course Scorpion and Sub-Zero.

Mileena’s a great example of what happens when creators decide to go a little bit in the other direction. At first glance, Mileena looks just like another video game trope with women, a sexy woman who’s literally just eye candy. But when the mask comes off and she really turns into the demonic monster she is, Mileena is not a sexy woman at all, she’s a stone cold killer and one ugly face! There’s nothing sexy about her at all, everything she shows you is a farce.

Because let’s be honest, even if she let you have a night with her (don’t ask for oral, of course), you ain’t leaving alive.