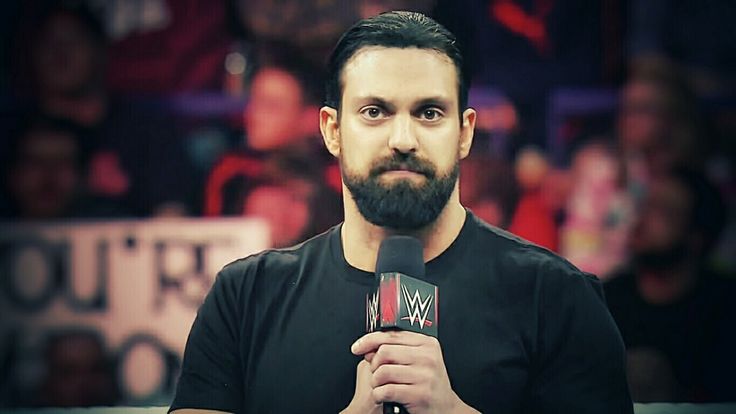 Friday was a Black Friday for eight talent in WWE as they all saw their release from the company. Ironic how not too long ago I did my roster thin out article. By that logic, the bus flip WWE did on Friday wasn’t nearly large enough but let’s go over the names from the pointless and finishing with the most senseless:

Santino Marella: I was not even aware he was under a contract in the company. *shrug*

Hornswoggle: Same deal until I wrote the article and saw his name on Wikipedia. He hasn’t been used in forever so again, this wasn’t much of a surprise.

Cameron: She should have been fired for being in training for an extended period of time and still making the bone-headed mistake of pinning a girl over her back.

El Torito: Again like Hornswoggle, he hadn’t been around for a while. The Matadores have been defunct and they’re currently being repackaged as…Puerto Ricans? Okay. But obviously WWE was never going to take him seriously, because Vince McMahon & Co. are a bunch of short-sighted children, so it’s no surprise he’s gone too.

Zeb Colter: This just sucks cause the guy is a great manager, but perhaps because he’s legitimately in rough shape and needs that wheelchair/scooter. They really fucked up by pairing him with Alberto Del Rio, a choice that will never make any sense whatsoever. But yeah, another sad release.

Alex Riley: Clearly the guy has some anger issues as seen with his recent Internet war with Jason Solomon aka Solomonster, but this guy should’ve been an upper midcard talent, easily. He was white hot when he turned on Miz and then he vanished like he never existed. There’s rumours going around that John Cena really fucked with him when he was on his way up in the company, but regardless of the reasons as to why he lost all his momentum, he shouldn’t have and it’s just another bane on WWE.

Wade Barrett: How did this man never win a world title? Oh yeah, John Cena happened. We all knew Barrett was leaving though, the rumour mill has been saying this for months now, but it’s absolutely sad how someone so talented never got the opportunities he deserved, especially after making the Nexus stable one of the hottest angles in the PG era of WWE. Speaking of people not getting opportunities…

Damien Sandow: Fuck you, WWE. Fuck you for everything you’ve ever done with this guy. What the fuck did this man do to piss you off? We all deserve to know at this point! You gave him everything you could to make him a joke and he got over. Damien Mizdow should’ve been the dumbest fucking gimmick since Mantaur and Aaron Stevens figured out how to make it work and got white fucking hot with it. And then you did nothing with it. And Big Match John makes another appearance as when Sandow had the Money In The Bank briefcase, he became the first to lose the match after cashing in against, drum roll please…JOHN FUCKING CENA!

Watching the Payback PPV live, I was subjected to a shocking sight with Enzo Amore getting knocked out in the early stages of the Tag Team Title Tournament final against the Vaudevillains. From what we saw, he went to slide under the ropes and missed a step, whacking his head against the middle rope and then the canvas afterwards and you could see his eyes glaze over as he fell out of the ring. It’s been said that he probably got knocked loopy just before being tossed for that under-the-rope spot, causing him to mess it up, regardless it was a frightening sight.

I can still remember Over The Edge when Owen Hart fell to his death (granted, we saw nothing of it), but I still remember how dead the entire crowd was and how shocking it was, how it was so hard to watch afterwards. This was no different with Enzo, I worried we were getting another situation similar to Perro Aguayo Jr and we may have had a serious injury and possibly death on our hands. Thankfully we heard during the PPV he was moving and eventually we learned he just sustained a concussion, the best-case scenario in my mind when all this happened.

Hopefully we’ll still see Enzo on television as a mouthpiece for Big Cass while he recovers. Get well soon, Enzo!