This year’s E3 showed us a lot of things. Thankfully this year was not completely marred by a bunch of corporate bullshit buzzwords, useless gimmicks (aka Nintendo didn’t do anything this year) and games that were clearly being released to a general public that was not being listened to. So all things considered, this year’s E3 was decent at best.

However, one company really showed what an E3 conference should look like or at the very least strive to work towards becoming. Sony absolutely tore the house down with their conference, just rapid firing game after game after game to the hundreds of people in the venue and the thousands watching the streams at home. There wasn’t a whole lot of talking, it was just trailer after trailer and the people ate it up.

Now why is that? Why did people really enjoy the format and style of Sony’s press conference so much?

The problem that most of the E3 press conference suffer from is quite frankly too much time being spent telling you that you’ll like the game and why, instead of just showing you the game so you can see why. Anyone can bullshit their way into making you believe something will be good, why waste your time and breath on that though when you can just show them? Also in this medium, visuals are worth far more than words and when a lot of those words end up being again, corporate bullshit buzzwords like “re-inventing or re-imagining” and “we listened to the fans” and my personal favourite “we’ve improved the physics/mechanics”.

Why the fuck should we care about such words? Those are not words and phrases that we should be surprised to hear, those are words and phrases that we expect companies like the five main press conference holders to just fucking go and do, they don’t need to spend time telling us that they listened to our suggestions, THAT’S WHAT WE FUCKING EXPECT YOU TO DO!!! You’re making a product for the fans, of course you should be listening to them, they’re the ones that pay your fucking paychecks in the end. The same goes for improving the game when you’re making a sequel. EA is notorious for saying this when they break out their yearly sports games. No shit, EA, you improved the game, that’s kind of what you’re supposed to do when you make a sequel to a game. No no no, next time, make it worse. And make sure you tell us that. Because that’s actually what you do to most of your games, you just don’t have the balls to tell us you got lazy and just wanted to make a quick buck of the retards that buy your games every year, no matter what.

Now that’s not to say every press conference should be like what Sony did this year, absolutely not. Ubisoft has proven that having a show host can make the conference entertaining. Not to mention that if we stopped all the talking, we wouldn’t have gotten the hilarious moments with Matt Stone and Trey Parker for South Park: The Fractured But Whole. But there should be a stop put to the ridiculously long speeches about one game, like what EA constantly does with their games. Don’t spend 5-10 minutes talking about what will be in the game, give us 1-2 minutes of a quick synopsis of the game if it’s a new IP or 1-2 minutes of the major changes to the game. Then play a gameplay trailer for us so we can see everything we need to see in action, in real-time.

That’s the other thing too that too many games have happen to them. There’s just a cinematic trailer, or as I like to call them, the “nonsensical bullshit” trailer, because whatever we see in these trailers mean absolutely nothing in the long run, because what we see in a cinematic trailer could easily be null and void when put in gameplay form. Sometimes these trailers come out as proof of concepts when the game is only being started and that’s all right, but if the game is so early in development, then they also shouldn’t spend 5-10 minutes talking to us about the game, because the majority of what we hear may not exist in the final cut of the game, if it even sees a release. If you have a game in the early development stages, you shouldn’t spend more than 3-5 minutes on it, trailer included. We want to see new games that we’ll see in the next 12 months, not games we might see 3-4 years from now, something that has finally started to happen less and less over the years. 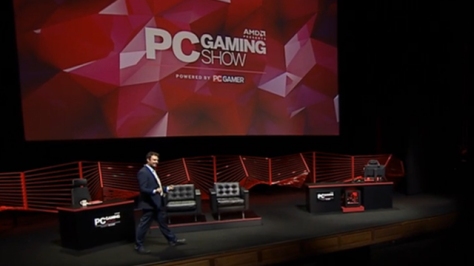 The PC Gaming Show did this really well with their format. Almost no one got a ton of time to show off their games, they got a quick trailer, a quick interview live on stage and then we move onto the next game. Nothing got too much time, except for the sponsors which I will give a lot of shit to AMD for wasting way too much time on showing off a few new graphics cards and it was dull as fuck. But Day9 was a fantastic host for the show, he was quick, to the point and when he was interviewing staff from the game makers, he asked them questions that we wanted to know the answer to, no bullshit, no skirting around the subject, just to the point.

I know that a lot of gamers are suckers and will buy anything if the hype is high. But to press conference holders like Microsoft, Ubisoft, EA, Bethesda, Sony and even Nintendo if they decide to do shows again, please don’t waste our time. Don’t blow smoke up our asses, don’t give us fake information that’ll get us excited, don’t throw a bunch of corporate bullshit buzzwords at us that are merely there to make investors happy. Your majority audience at these shows are the gamers and you really shouldn’t be treating us like we’re stupid. Get to the point, show us gameplay and not just cutscenes using “in-game footage” which is code for “here’s all this cool stuff you won’t be able to do” and most of all, stop jerking yourselves off by telling us how good your games did.

Ubisoft and Bethesda were the kings of that this year. Bethesda claimed they had over 7 million players in Elder Scrolls Online, that can’t be true. Any research I do shows that at best they have 4 million ACTIVE players. Ubisoft did something similar with The Division. Folks, be honest with your audience. Don’t tell us the number of accounts, tell us how many are actively playing it. I’m aware you want to keep The Division alive and thriving, Ubisoft, but by acting like the game is a thriving community with millions upon millions of players is bullshit. I had 20 people on my friends list at launch actively playing the game. Today, I can’t remember the last time I saw anyone playing it. Bungie on the other hand has a lot to say on that front, their audience is still playing and thriving.

Also EA, just stop with the sports interviews, they go off like a fart in church. Stop, just fucking stop.