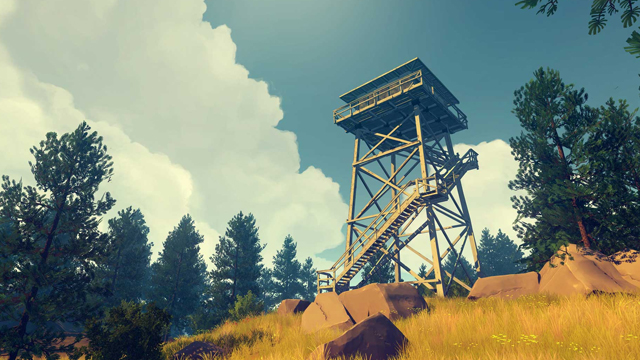 There are a lot of interactive novel style games out there and the majority of them don’t capture my attention at all. So when a game like Firewatch was revealed to us in 2014, for it to not only pique my interest but actually get me fully invested in the game until its release last February, that’s huge! And as it turned out, while I wouldn’t have paid as much as I did for the game, it was still a fantastic experience.

Taking place in 1989, we play the role of Henry, a new fire lookout in the Shoshone National Forest in Wyoming. He has a tragic backstory that I won’t spoil for those who haven’t played the game yet, but rest assured, you’re coming into the game pretty somber. He’s taken the job as a way to just be alone for a while and clear his head, but that wouldn’t be any fun, now would it? After what starts off as an innocent warning to a couple of teenage girls lighting fireworks off in the park, from there the story becomes an emotional roller coaster of a mystery plot. 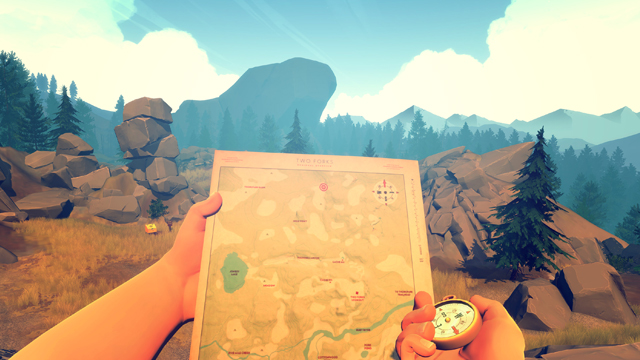 The world in this game is a beautiful getaway. In the beginning of the game, it might as well be a relaxing adventure as you walk through the forest and explore the area. The art style of the game is absolutely breathtaking, every new place I visited was gorgeous, the vistas are some of the best views I’ve seen in a game. The only downside I had was just the fact we never get to see a soul face-to-face, the best you’ll ever get is the silhouette of two girls in the lake.

Which is a real shame when there are some fantastic characters in there. Henry no matter what route you take is a very interesting and well fleshed out character and Delilah is the same way, no matter how you react to her, if at all. Even the characters you never have a conversation with are interesting, including the two rangers that you find letters between through the game. The world being as small as it is has the ability to really take its time with developing the few characters they have and make them all extremely likable, there really isn’t a character in the game that you’ll actually hate to the point of what you’re supposed to for a villain. 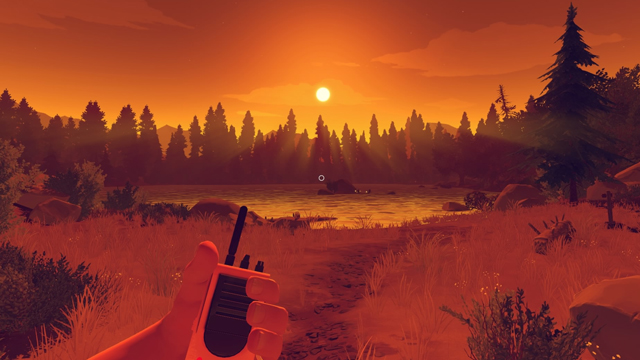 Now without spoiling the actual content of the game’s story, I wouldn’t be highlighting this game without talking about the controversy of the story and its ending. There were a lot of complaints about the game’s story not ending the way they envisioned it, which is hilarious to me. The majority of these people are not writers (including myself) and for them to expect something to the level of insanity of what they were anticipating is absolutely fucking ridiculous. It’s not a spoiler per se, but if you played the game and expected some crazy alien plot twist to happen in this game, you’re off your rocker. Stop writing fanfiction, your imagination has clearly gotten out of hand.

The story for me was while a little shorter than I was hoping for, I think they could’ve had an extra story arc or two in there to really pad out the game, hopefully if Campo Santo decides to make another game like this, they extend the story a little more and maybe even bring in some face-to-face interactions to really bring out more life into their games and stories. But in Firewatch, I really felt like I was playing through a game and story that would be believable and representative of what would happen if such a situation came up in real life. Every plot twist, every reaction, every bit of dialogue, it comes off as being realistic and genuine. And in video gaming, that’s something that doesn’t happen very often. I left that game thinking I had played something that I could relate to, that I could logically believe happening.

As a game, it’s not exactly the most intensive game in the world, it’s not like you’re going around shooting stuff, or doing puzzles or anything like that. Firewatch is a game that is all about its story, its characters and its world. It’s not going to blow you away with game mechanics or anything of the sort, but you will remember it for the moments and the memories of you walking through this beautiful forest in Wyoming and enjoying everything around you. It’s a great relaxing game at times and a really intense, thrilling game at other times. Check it out!