Saturday Morning Rant: Who Cares About Your Sexuality?! 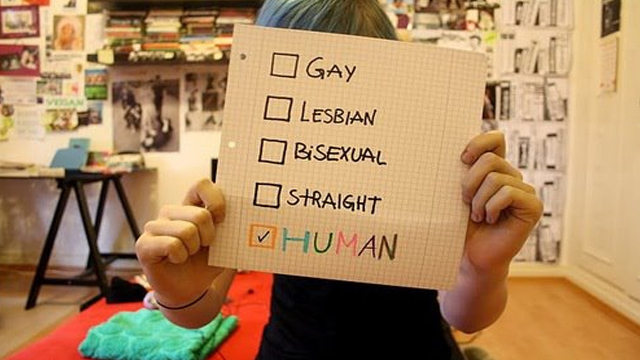 First off, let me say that I have absolutely no problem with anyone’s sexual preference. Whether you’re straight, gay, lesbian, bisexual, whatever sexual preference you may have, I am more than okay with it. It is your own personal preference, it is none of my business to tell you otherwise, make a fuss about it and most of all, care about it.

Because at the end of the day, that’s your personal preference. And as far as I’m concerned, since it has nothing to do with me, I could care less what your preference is. Because it’s none of my business.

That’s the reason for the title of this week’s Saturday Morning Rant. “Who Cares About Your Sexuality?!” is not meant to say anything of hatred towards anyone based on their sexual preference. It’s a phrase meant to say that in reality, we shouldn’t be judgmental about others’ sexuality, which is par for the course, however I have an addition to the other side of the spectrum on this too. By saying “Who cares about your sexuality?!”, I also mean that I don’t want nor need to hear about your sexual preferences, because unless you are the person I’m trying to create a relationship with, your sexuality is unimportant and inconsequential to me. It’s meaningless to me, it doesn’t identify you in terms of your personality, your beliefs, your ideals, it just tells me who you want to sleep with and I could care less about that.

Again, I have nothing against gays, lesbians, bisexuals, all that jazz. Unfortunately in this world in its current state, there have to be protests to try and have people understand that not only does the LGBT community exist, but at some point we’re all going to have to accept that. At the same time, I do think it’s gotten a bit ridiculous when it comes to people, famous and not, going out of their way to announce to the world…who they prefer to fuck. People today look at their sexuality as what identifies them and I honestly think that’s wrong. Not because your sexuality isn’t a part of who you are specifically, but it’s not the central key identifier to you as a person. As far as I see it, who you’re attracted to isn’t what describes you as a person, because your sexuality to me is a normal part of being a human being. Rather, it’s your personality and your beliefs and ideals that truly make you the person you are.

I don’t think my sexuality defines me at all. You know what? I might as well explain the complications of my own sexuality while I’m at it too. The best way I can say it, is that I’m straight in real life, but fictional material has made me at least bi-curious. I have not been attracted to a real-life male human being, but there are anime and video game characters that I have seen and thought “Huh…I might try that.”. That’s my sexuality, but I don’t think that carries any weight to how I am, in terms of my personality. Instead, I think it’s my happy, talkative, counter-cultural personality that describes me far better than the company I like to keep in my bedroom. I don’t feel like my personality would change if I just flipped a switch and was only into guys, or both, or whatever I may be into.

It’ll take a long time before the world adjusts but believe me, one day a person’s sexuality will be considered no more of a descriptor of a person’s personality than their eye colour. Just like one day, the colour of a person’s skin won’t be used as a descriptor of a person’s personality. Because in my honest opinion, whatever we’re into sexually doesn’t give anyone much insight into the kind of person we are. We laugh, we cry, we get angry, we get excited, we all express and experience all these emotions regardless of being into men, women, or both.

And one day, the rest of the idiots who go out of their way to oppress and harm people because of their sexuality will figure that out to. Or die out, whichever comes first.