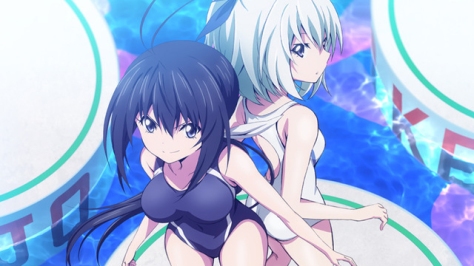 It doesn’t take much these days to set people off. Even if the thing isn’t about something racist, sexist or whatever else, so long as it can be perceived as such by anyone looking to be offended, it will be used as such.

Take Kotaku’s Cecilia D’Anastasio for example. She decided that after likely either half-ass watching the first episode of the new anime series Keijo!!!!!!!! (currently being simulcasted on Crunchyroll), watching the first couple minutes and then turning it off, or better yet watching the preview of the show and assuming everything else based on that little snippet, that this show is the worst thing ever.

Here’s the article posted by Cecilia on Kotaku here.

I’m afraid I have a bone to pick with you, Cecilia. So let’s get started shall we?

When you see a truly awful commercial product, do you ever try to picture the businessmen who made it happen? Who was the suit, on the 11th floor of some glassy, gilded skyscraper, who bypassed several security officers, took an elevator to a sterile meeting room, sat down with his well-groomed colleagues and assistants and announced, “Yes, definitely. We would love to produce a fighting anime about women smashing their asses and tits together. Very good, tremendous potential here”?

Here’s a tip, Cecilia. If you want your article to be taken with any sort of seriousness and merit, maybe hold off on the melodramatic bullshit intro paragraph where you make up a bunch of stuff that’s supposed to get the reader to think you’re about to slam a freight train down on them with the subject matter you’re actually supposed to be talking about.

Skip the bullshit, get to the story. You’re supposed to be a journalist, not a fiction writer.

I picture this moment: the shaking of hands, the nodding of heads. Were they drinking filtered water when they decided that, yes, a sport where “no contact is allowed except using breasts and butts” was extremely good and, hell, let’s get some real solid animators in here? Scribbled on ledger paper over in Osaka, Japan, was there an obliging secretary’s notes on, “18+ girls, wearing swimsuits, in a dormitory, honing their ‘Butt Cannon’ and ‘Bust to Bust Attack’ skills, learning about life and love”?

No, I imagine they were drinking whatever the fuck they felt like drinking. No, I don’t think some secretary had to take notes on the show’s concept, that’s what a script and storyboards are for. No, I don’t think they though bringing in real solid animators was necessary, because as we’ve seen with shows like Rosario + Vampire, The Familiar of Zero and Demon King Daimao, not every ecchi-based anime has the best animations teams money can buy. Here’s an extra point, it’s 2016, most anime now looks exactly as good as Keijo!!!!!!!! does. Maybe if all you’re watching is Gakuen Handsome and shows of that level of animation, then I’ll give you some rope. But you’d probably hang everyone with it anyways. 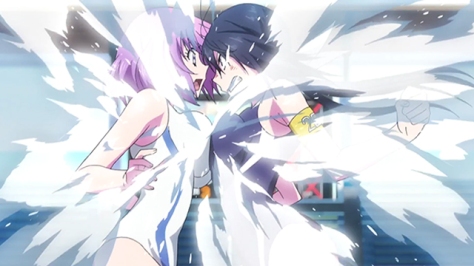 Here’s the big point I’ve got for you though: Who the fuck cares what the concept is?! Does an anime where girls use their boobs and butts really affect you in your daily life? Does a show where girls wear swimsuits hurt you so bad that you need to see a doctor? No, just like when shows like Free!, Kuroko no Basket, Uta no Prince-sama and the brand spanking new All Out!, they don’t affect me because it’s an anime all about good looking guys. It’s fictional media, Cecilia, take a breather and then ignore it. It’s pretty easy to do.

You are not the decider on this. Hell, you’re not even in the same market as where these shows are produced. I don’t know if you’ve done any research, but Japan and other parts of the world that don’t involve The United SJWs of America are actually a lot more accepting of sexual content in media.

Also, seriously? You don’t care if the women have discernible personalities? Nice use of big words by the way to make yourself sound smarter. So by saying that, you don’t care at all if women in media have unique personalities? I mean sure, let’s go back to the old days where every girl is just a housewife and her only role is to clean, cook and satisfy her man. Let’s not have characters like Nozomi, who’s a tomboy gymnast with an Osaka accent, let’s not have characters like Sayaka, who’s a tough tomboy with a judo background (oh hey, a girl who doesn’t need a man to fight for her!) and hell, let’s not have characters like Yuko who’s a tall, muscular badass of a girl or Nagisa, who’s a girl with some weight on her. Sure, let’s not have girls of different backgrounds, personalities and body types, right? It’s not like that’s what feminists like you have been complaining about this entire decade or anything.

In Keijo!!!!!!!!’s first episode, which aired on October 6th, protagonist Nozomi Kaminashi begins attending Setouchi Keijo Training School. Several former judo students hone their ass and tit-slamming skills, blasting opponents off floating islands called “Lands.” Yes, they flirt with each other. Of course their swimsuits are sheer. Yes, it has dorm room shenanigans. It is a thing that exists in a world that is increasingly horrible and full of deplorable things.

All right, let’s debunk a few of these “facts” of yours:

Not only that, but isn’t it a little offensive on your part to think it’s wrong that the girls are flirting with each other. Isn’t a bit wrong for a feminist to take issue with lesbian characters? Also, what’s wrong with the swimsuits? They’re standard issue one-pieces, the same kind of swimsuits that Olympic swimmers wear. It’s not like they’re wearing skimpy tops and thongs. Once again, you’re taking issue with the concept at face value and nothing else. The fact you’re calling a show that has girl-on-girl relationships and girls choosing to be free and do whatever they want (especially considering it’s a sport that can make them a lot of money in the show’s universe) horrible, that’s more offensive than what you perceive the show to be.

Predictably, the director of Keijo!!!!!!!! was previously a storyboarder on Upotte!!, an anime about sexy girls who are also machine guns with a similarly immoderate number of exclamation points in its title.

That is absolutely not true. In fact, watch anime from years ago, it’s far more sexist than the stuff today. I’m not going to argue that there are shows out there that literally have nothing to offer but sexual content, but at the end of the day that’s its own genre, you’re not the arbiter of what gets to be an anime and what doesn’t. Also, the number of anime that contains fan service is not increasing. You know why it feels that way? Because services like Crunchyroll, Funimation, Daisuki, Hulu and Netflix exist. The number of fan service anime isn’t increasing, the number of shows that are being released outside of Japan are increasing. There’s no one at a major anime studio saying they need to triple their fan service anime releases for the year, we’re just getting access to more and more shows than we ever have before.

My biggest gripe here is you giving shit to the plot. You don’t get to talk about how there’s a thin plot in the anime when only one episode is out. Almost every single anime released doesn’t contain a lot of plot in its first couple episodes, it merely serves to introduce the setting, the characters and the concept. The real meat and potatoes will appear near the midway point, between episodes 4 and 8. 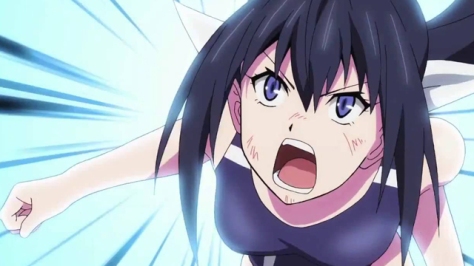 Lastly, I don’t understand how you don’t understand how Americans (and Canadians like me…and everyone else around the world, your country isn’t the only important one, you know) can watch Keijo!!!!!!!! and laugh at it in a sense of actually enjoying the entertainment value of the show, rather than laughing about how insulting it is, or at least that’s how you perceive it. I’m sorry to tell you this, Cecilia, but you’re not special. You’re not the target market of every single show out there. Sometimes, there will be shows that aren’t for you. I don’t get upset when a show like Re:Zero, Yuri!!! on Ice, Haikyuu!, or any other anime out there that doesn’t suit my interests get released. You know what I do, Cecilia? I don’t watch it. I don’t complain about it on the internet because I have a slow period at work and can’t think of anything better to write. I start every season with over 20 shows that I watch, by the end of it that list usually gets cut in half, because some of those shows just aren’t interesting to me and I stop watching. A show like Servamp may come along and really piss me off, but I don’t reserve an entire article to blabbering on about how disgusting and tasteless it is. I just move on and enjoy the shows I like watching.

So to piss you off further, I actually really enjoyed the first episode of Keijo!!!!!!!! and yes, I am a white, straight male. But you know what? I don’t love the show because it’s an endless parade of boobs and butts on my television screen. You know what I actually like about it? That it’s a show that doesn’t give a damn about logic, about reality, about the social and cultural norms we experience in our daily lives. It’s just a show with a ridiculous concept, ridiculous over-the-top characters, ridiculous action sequences and a soon-to-be ridiculous plot. And guess what? There’s nothing wrong with me liking this, just like there’s nothing wrong with you not liking it.

What’s wrong is you making a stink about it, like the show’s existence carries any weight to the societal and cultural values in our world. It’s a piece of pure fucking fiction, nothing more and nothing less. People will watch this show, enjoy it or hate it and go on with their lives. 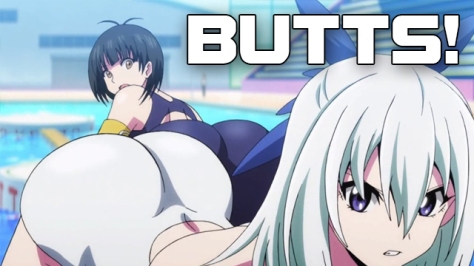