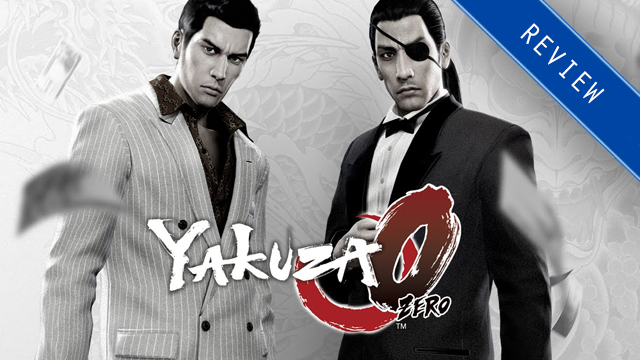 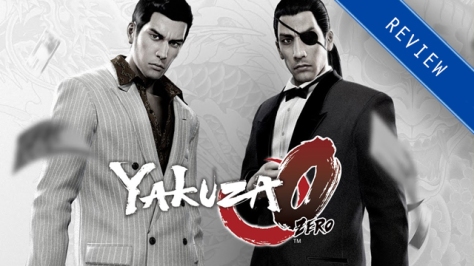 I have never played a Yakuza game before until now. A lot of it has to do with not knowing about the series when it was on PlayStation 2, but it mostly had to do with not owning a PlayStation 3 when people were really talking about the series. Now the first one has come out on PlayStation 4, the original one is getting remade and released later this year and the 6th one, which I’m really excited about because many wrestlers from New Japan Pro Wrestling are in the game, that’s coming next year!

Having never played a Yakuza game before, I was hesitant at first in grabbing it early on. I know that it was almost like the Japanese version of the Grand Theft Auto games, but that doesn’t necessarily mean it will come with the same quality, right? Now after seeing YouTube personality Angry Joe show off a few of the silly stuff you can do in the game, I was sold. After all, it’s no surprise to anyone who’s been reading my stuff for just a little while that I’m into stupid silly Japanese shit. There’s a phone sex minigame in this game?! There’s an almost DOA-like catfight minigame?! I’M IN!!!

And as it turned out, Japan can actually do some things better in gaming than the West…

Right off the bat, the opening track that plays when the game starts up really sets the tone. A badass guitar playing in the background, I’m already sold and ready to go. Granted, there’s a lot of stuff that they show that will happen in the story, so I spent a lot of the game wondering when this person would die, when this specific event would happen, those kinds of things. I only wish they’d limited what they show, so not to spoil any potential events.

Now I agree with what most are saying, in that the first couple hours of the game is a little slow. They’re not necessarily wrong and perhaps to anyone who’s played other games in the series, this might be more correct to them rather than a first-time player like myself. I was enamored with the game from the get-go, especially with the incredible dialogue and voice acting that this game offers. Even though I don’t know much Japanese, the voice acting in this game is phenomenal! Characters that are supposed to be badass sound badass, characters that are a little cheesy sound cheesy, the voices match the characters and really there’s no character that ever really bothered me whenever they spoke. I’ll give bonus points to Kuze, who really sold me whenever he spoke, I felt threatened listening to this character speak.

Story-wise, it’s incredible with how cheesy the game can become that the story is perhaps one of the best written and legitimately surprising stories I’ve played through in a long time. There’s really no point in the game that I was taken out of the story once I was actually playing through it and any twists and turns that happened in the game I never saw coming, beyond a certain character being killed by a car bomb, which anyone who’s watched anything could’ve seen coming. But the big twists of the story, like the owner of the “Empty Lot” for example, they actually got a “Oh shit…” reaction from me.

For those who haven’t played the game, the gist of the story is that you play Kazuma Kiryu, a young upstart yakuza member, very low rank. He gets used as a pawn in a much larger game and ends up having to fight pretty much on his own in order to stay alive and out of prison. The entire game revolves around the story caused by his framing, though through this story we also lead into the beginnings of Goro Majima, a former yakuza who after a year of torture survives and is “imprisoned” in a small town working in a cabaret club to generate money for the yakuza family he once worked with. The first half of the game both characters are pretty much running their own separate stories, while the second half does an incredible job of intertwining their stories together and yet the two never see each other at any point in the game. It’s so well-written, to the point I truly do consider this one of the best written stories I’ve ever played through.

But what really makes the game so enjoyable for me at least, is the fact that even though this game has such a deep, dark, violent and downright super-serious story, I got exposed to just how incredible this team is at making a game that can have that level of seriousness and yet mix in some of the most cheesy shit I’ve ever seen in a video game and still not take me out of the game’s story in any way. Yes, I’m more than able to hang in there with the danger that Kiryu or Goro are in and yet I have no problem taking a break to have phone sex with various women, play pocket racing with a bunch of kids, run a cabaret club and give all my best girls makeovers and recruit a freaking chicken as a business partner. All this is legitimate, it happens in the game and all of that still doesn’t take away from the game.

There’s so much to do in this game, I finished with just over 90 hours of gameplay and I only completely around 65% of the game. There’s countless mini-games, ranging from more normal things like bowling, mahjong, shogi and arcade games like Super Hang On and Space Harrier, to over-the-top insane shit like the aforementioned phone sex and catfight games, along with a video store you can watch softcore Japanese porn, which is actually just girls in skimpy bikinis looking pretty, nothing more. All of these mini-games for the most part play very well, all the real-life games are fun to play, especially bowling and pool. The only one that’s a little tough to go through is the catfight game, which is only really a problem for those who want to 100% the game, because let’s be honest, if you’re playing this mini-game, you’re either a completionist, or you want to see pretty girls in skimpy outfits fighting each other.

Overall, this game is without a shadow of a doubt a fantastic way for me to be exposed to the Yakuza series for the first time and with the original game getting a HD remake released here later this year, it only makes it even better now knowing more about Kiryu and Goro before the become more prominent characters in the series. For anyone who hasn’t played this series yet, Yakuza 0 is a fantastic way to start. The story is incredible, yet it mixes some of the most ridiculous shit you’ll ever play in a video game, proving that censorship truly does rob players of some real funny stuff and ruins a game’s integrity and image. There’s so much to love with this game and now it only makes me sad that I’m going to have to pay a shitload of money to play Yakuza 2-5 because copies of the games are expensive as shit and I’d have to buy a PlayStation 3 as well, because backwards compatibility is really hard…

Yakuza 0 without a doubt is the current holder of Game of the Year in my mind, the real test however will come in the next two months as we see if Mass Effect: Andromeda and Persona 5 can de-throne this GOTY early. I almost feel bad for this game.