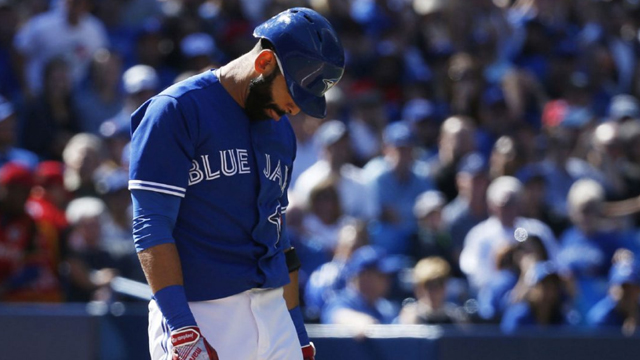 Those words are ringing in my ears over and over again right now. I’m a huge Toronto Blue Jays fan and at the time I’m writing this, their record is 3-12. For a team that us fans anticipated and expected to compete for a playoff spot, this isn’t exactly the start we were looking for. At the same time, it’s even worse in our heads because the offense of the team is extremely lackluster. There are 196 batters currently listed for batting averages and three starters for the Blue Jays are in the bottom ten, in fact they occupy 190th, 191st and 192nd on the list. That is fucking horrendous.

But even worse, after I’m already pissed off about how badly the Blue Jays are playing right now, all I keep hearing in my ears are those two words I mentioned at the start: “It’s early.”, as in there’s 147 games left in the season, calm down, they’ll recover. Here’s the thing, folks, only winning 3 of your last 15 games is never a good thing at any time in the season, so why is it suddenly okay because it’s the start. If this was July and they had a 3-12 run, people would be freaking out, but because it’s April, it’s okay.

Here’s some math for you folks. For the Blue Jays to get back to being a .500 team, they’d have to go 78-69 the rest of the way. Doesn’t sound so bad, right? Let’s add onto that. Last year, the Jays and Orioles were the two wildcard teams in the American League and they both had the same record of 89-73. Assuming that’s the bare minimum to make the playoffs again this year, the Jays now have to go 86-61 the rest of the season. That’s a .585 baseball team from now until the end of the season. Basically, the Jays have to win 2 of every 3 games for the rest of the year. I’m not the best at math, but I can see how difficult being a .585 team is going to be. The best team last season were the Chicago Cubs who were a .640 team at 103-58 and in the entire league, only two other teams played above .585 by the end of the season, the Texas Rangers and the Washington Nationals and guess what? They’re only .001 above that at .586!

So with the lack of offense and the several pitching injuries already this season, I don’t feel like it’s unreasonable for the average baseball fan and Blue Jays fan to think that the season may already be over. Could they recover? Of course they could, but what are the odds now?! They basically have to be the best team in baseball the rest of the way through at this point and each loss that brings them further under being a .500 team alone pushes the bar even higher for the team to have to achieve in response.

In fact, right now the projection for the Jays to make the playoffs is at 15% and let’s be honest, the only reason it’s that high is because the AL East is a weaker division right now. The Chicago White Sox are 7-7 but are at 0.3% because everyone knows it’s either the Indians and maybe the Tigers in the wildcard spot. Upon checking another site, they have the Jays at an even worse 10.5% (they’re nicer to the White Sox at 7.7%) and I fully expect that number to drop further as time goes on here.

Sorry folks, but the Jays ain’t making the playoffs this year. Better pick a secondary team to watch this year. I’ll take Cleveland and watch Edwin Encarnacion actually see a World Series and quite possibly win one.