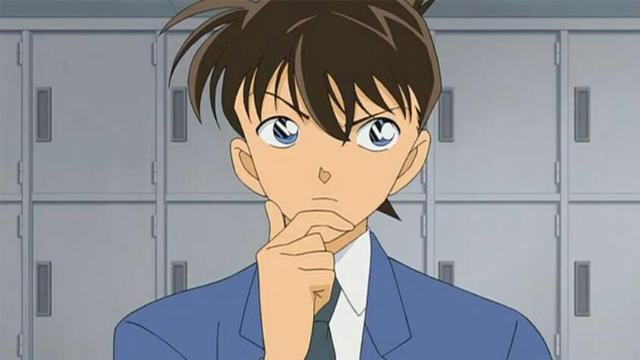 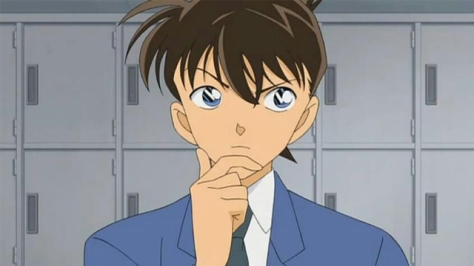 I got bored over Sunday evening so I was lurking around on the interwebs as one does and come across this little list of questions for anime fans, figured it’d be something fun to go through.

Not gonna waste any more time on it, so let’s hop to it!

1. Were you on “Team Light” or “Team L”?
I’ve never watched Death Note. Stone me for it if you want to. But if I gotta pick anyways, I’ll go Light because L’s eyes creep the fuck out of me.

2. How do YOU feel about Sasuke-kun?
Another stoning perhaps, but I never watched Naruto. Didn’t get into it when I was younger and I have zero desire to watch any anime that goes beyond 100 episodes, I just don’t have the time to commit to anything like that.

…BUUUUT, I do think his character design really REALLY sucks.

3. If you found a death note would you (honestly) ever use it?
If I kept it the rest of my life? Maybe, but I don’t have a reason to use it right now. You’d really REALLY have to piss me off to get me to use that book.

4. How do you feel about yaoi? Are you into it? If so, what pairing do you drool over most?
I’ll answer it from both sides…

Today as a bisexual male, obviously I am into it. Though I don’t really go out of my way to watch any yaoi shows, mostly because the few I’m come across, they’re complete and utter garbage.

Before I discovered my bisexuality, I looked at yaoi as this weird thing, but I had zero problem with it, because it’d be hypocritical to say that when I love yuri so much.

As for what pairing I “drool” over the most, I don’t have one that comes to mind right away, but based on someone like Mazjojo’s art, it’s probably some combination of the main five guys in Free!.

5. What anime/manga do you think deserves more credit?
I looked through all the shows on my MAL list that I gave a 10/10 rating. The two that stick out to me is Infinite Stratos, as a harem anime that had no business being amazing, but does a fantastic job at creating likable characters, really good mech battles and having the distinction of being the best dubbed anime I’ve ever watched.

The second is Keijo!!!!!!!!, another anime that people gave zero time of day before, because it was an anime about a sport where girls knock each other off a pool float using only their boobs and butts. Obviously in this day and age where SJW and extreme feminism try to censor anything that dares to show women in a light different from being the most powerful person in the entire universe, everyone slammed that show just because of how it looked. But in actuality, the show had some of the best female characters I’ve ever seen in anime and some of the funniest comedy I’ve ever watched, filled to the brim with terrible butt and boob puns.

6. What’s your favorite anime of all time?
For being the anime that truly got me interested in the anime style, FLCL will forever be the anime that I treasure the most out of everything I’ve ever watched. I’d love to give that distinction to the two shows I just listed in the prior question, but FLCL is an anime I’ve watched more times than any other show in existence.

7. What anime character annoys you because HE definitely should have been born a SHE? ^^
All of the characters in Binan Koukou Chikyuu Bouei-bu LOVE!. They were clearly designed as Sailor Moon ripoffs.

8. Do you consider yourself a fangirl/fanboy?
It really depends on how you view the definition. If you consider a fangirl/fanboy passionate, then absolutely. But if you consider one obsessive, then I don’t fall under that category so much. Sure, I watch between 5-15 shows every season, but it’s not an obsession, I could stop watching at any time. I just choose to partake in the anime scene. A lot.

9. If you had to live with ONLY reading manga or ONLY watching anime, which would you choose?
I’m not a reader, so it’s easily to watch anime. Apologies to all the manga folk out there, but I own one set of books and that’s .hack//Legend of the Twilight, which I bought on a field trip in high school because I was playing the old PS2 games at the time and I think I might have also been watching .hack//SIGN at the time too. It was a pure impulse buy and had I been older, I wouldn’t have bought it.

I actually haven’t read a fictional book in full since high school when it was forced reading. I’ve read a couple biographies, but any reading I do nowadays is usually in audio form, whether it’s audiobooks or podcasts.

10. If you had to name your kids after anime characters, which ones would you choose?
Male: If there’s an anime character named Andrew, then sure, cause that’s name I’m going with in real life. But if I got a gun to my head and I’ve gotta put a character to the name, then I guess Alexander via Alexander Anderson from Hellsing.

11. Who is your most favorite anime character of all time?
Vash the Stampede from Trigun. Just his idiocy in Episode 1 already had me completely in love with the man. Just to add a girl into the mix, it’s easily Charlotte Dunois from Infinite Stratos, because she is my #1 waifu!

12. Who is your least favorite character of all time?
Anyone who screams “Darling!” at the guy she loves. So by that logic, it’s Miia from Monster Musume for being the first one I really noticed that shit happening.

13. Do you ever daydream of living in your favorite anime/manga? Which one?
If I’m not daydreaming about anything that’s a shocker. I suppose the easy answer would be Infinite Stratos though because what not gay guy wouldn’t want to live in a school where they’re the only guy in a school of hundreds of girls who are all drop dead gorgeous (because anime school) and you get to pilot awesome mech-like armor.

14. What’s the first anime/manga series that you became a really dedicated fan of?
There’s two answers to this one. FLCL is the one I truly consider the first anime I was a fan of, however I’m also a huge fan of Dragon Ball Z and I technically watched that before being introduced to FLCL, I just never considered myself a fan of DBZ until later on in life.

15. Who (besides Naruto) do you think should be the next hokage?
I told you already I didn’t watch Naruto! Haven’t you thrown enough stones at me?!

16. Whats your favorite genre in anime?
I don’t care if it pisses people off, but I love harem anime, in particular comedy harems. I feel like that brand of humour is the stuff that works best with me, I never tire of the idiot male character who can’t figure out there’s 5+ girls who want to fuck the shit out of him and probably wouldn’t care if they all had a go at him at the same time. I love all the cliches, whether it’s walking in on girls changing, insane ways they fall on top of each other in ridiculously risque positions, any of that stuff.

And besides, where else am I going to get top-quality ecchi?

17. Do you think that you’ll always be an anime fan?
That all depends on if the requirements are that I keep watching new content. Who knows, maybe anime gets really shitty later on, but if things stay as they are forever, I will probably die peacefully in my bed with a collection of anime girl figurines on a nearby shelf, Charlotte naturally at the forefront of them all.

Well that was a fun little questionnaire, hope you guys enjoyed it, regardless of how badly you want to smack me for not watching Death Note and/or Naruto. Tell me what you thought about this in the comments below, especially if you like to see more posts like this, whether in writing or on YouTube, as I’ve got both options available. Not to mention, you guys can always send me questions at my new e-mail for just that at askradical@gmail.com!

And hell, if you’re just as bored as I was when I did this, answer the questionnaire yourself and either post it in the comments below or link to it if you put it elsewhere, like your own blog!

One thought on “17 Questions For An Anime Fan”