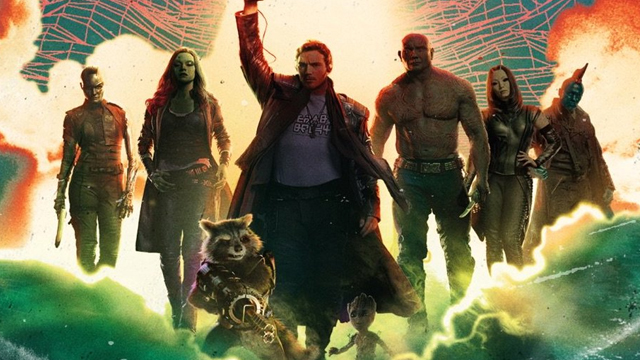 Welcome to the spoilers section. This is not meant to be a well-written post or review, this is just a bunch of jotted down nitpicks of mine from watching the film. For the actual review, click here.

So let’s sit down and gush/criticize what we saw, shall we?

Thanks for checking out the spoilers section, I would’ve loved to have written more for you guys, but honestly I don’t know enough of the Guardians lore and the Marvel universe lore to really go super in-depth with this one, so all I could really do is stick to what I saw in the movie. I’m sure in the next little while we’ll get that flood of articles with secret messages and hidden easter eggs in the film that unknowing viewers like myself would never catch.

Hope you guys enjoyed the film as much as I did, don’t forget to post your comments on the film’s spoilers and stuff in the comments below!

This article is not about spoilers, I will not be spoiling anything.

This rant is not dedicated to spoilers themselves, rather the ideology game companies have when it comes to YouTubers and Twitch streamers playing games and letting the public view them and thus creating the “risk of people seeing spoilers” that so many (usually Japanese) game developers get really salty and downright angry about.

Obviously the biggest example has been Atlus and Persona 5 in terms of streamers being “asked” not to stream after the 7/7 date in-game, which by the way isn’t anything special, I’ve played through it. There were other things as well, but that was the big one. As someone playing on the PS4 though, I’ve noticed I can’t even do as much as take a screenshot of a single thing in the game. I can’t screenshot a funny moment, I can’t screenshot a great moment in a cutscene, I can’t even take a screenshot of the fucking pause menu. WHAT AM I SHOWING THAT’LL AFFECT SOMEONE NEGATIVELY, ATLUS?!!!

It’s another thing that just goes to show you how behind the times and how downright inept and insane Japanese gave publishers and developers are. We’ve seen SEGA ban anyone who talks about Shining Force (ironically enough, popular YouTuber TotalBiscuit just ended his 5-year long ban of SEGA games on his channel [here]), Nintendo just banning anyone for doing anything in general (see everyone) and the current offender is Atlus, another case where the non-Japan sectors of the company don’t agree with what they’re doing and wish they could change their minds, but their Japanese overlords once again could not care less about anything going on outside of Japan.

For those unaware, if you thought America thinks highly of themselves, Japan literally gives zero fucks about anyone who is not inhabiting their island. Something could sell ten times as many copies outside of Japan, but if it’s not doing well in Japan, they’ll shut the whole thing down. They only care about what’s within their own little bubble, if it’s not something originating in Japan, to some it doesn’t even exist. It’s an extremely self-righteous and idiotic way to look at things, let alone an absolutely horrendous way to do business.

But let’s get to the much more pertinent issue, shall we?

It’s no secret that for some, spoilers is a major issue. Every time an episode of Game of Thrones or Walking Dead airs, people completely stay away from all social media to avoid anything that could spoil the episode for them. People tread carefully through walkthroughs and articles about games they’re playing, so they don’t come across information they might find that has something to do with something they haven’t gotten to yet. It’s completely understandable that people want to avoid that sort of thing, obviously when something is story-driven, we don’t want to know what happens before we see it ourselves.

But here’s the thing. When it comes to YouTube and Twitch, let’s be completely honest here. The people that watch these videos and streams fall into one of three categories:

The majority of people usually fall into either #1 or #3 and the latter is where Japan falls victim to the oldest fact in the gaming industry that anyone with half a brain knows, going all the way back to the piracy days: If someone pirates a game, they weren’t going to buy it in the first place. This also falls in line with spoilers, the majority of people that are watching a Let’s Play series on YouTube or a Twitch stream that is late into a game, they’re not intending to play the game themselves and if they are, it certainly won’t be at release when it’s full price, they’re definitely waiting for the game to drop to under half-price.

It’s pretty simple anyways, folks, if spoilers bother you, don’t go looking for it. It actually isn’t that hard, I know in this day and age of social media and the internet that it seems difficult, but in actuality it’s quite easy to avoid spoilers. Just don’t go on the sites you usually go for to see articles about the spoilers you just watched. Stay off of social media, or at least don’t spend hours going through every post you see. Most importantly, don’t Google shit about it! Google is the worst for hiding spoilers!

So yeah, Atlus and every other company are out of their minds if they think “preventing spoilers” will do anything. There are always work-arounds and people will come across them anyways, no matter what you do to try and stop it. At the end of the day, just worry about how good your game is.

Persona 5 is such a good game, I could care less if I knew a spoiler here and there.

I have been looking forward to Mass Effect: Andromeda before it even had an official name, the second I finished Mass Effect 3, I was ready for the next one. Since the series started, while I loved the trilogy, I wanted something specific from the series, something I knew that if any series could do it, Mass Effect was the one. I wanted a space epic where I was an explorer finding new planets, new civilizations, new races for the very first time. I didn’t want to start as a space military juggernaut, as much as I loved my many Shepards, I wanted to be the guy who found shit!

And now the game will be in my hands in less than a month. But unfortunately because we’re so close, a new challenge has arrived:

An endless supply of spoilers.

My standpoint on this particular game is simple. This is a game where you are discovering things, new planets, new races. Why in god’s name would I ever want to know any information on what these planets look like, how these races look, how these new characters will act?! I don’t want to know what anything looks like, how it’ll act, any of that! Why? BECAUSE THEN I WOULDN’T BE DISCOVERING IT!!!

Now I’d understand this kind of thing if this was the first game of a new IP. But Mass Effect has three games that have proof that the team knows how to do a space epic. So why are so many people wanting to see this? Well it’s a simple case of we’re used to it, so we expect to have a flood of information before the game comes out. And in most cases, I’d be okay with that, I’d absolutely want to know what the next Call of Duty game will have for modes and weapons in multiplayer, I’d want to see the new features in the next EA Sports game. But in the case of Mass Effect: Andromeda, why would I want to know anything beyond the main character? It’s a story-driven game and when the story revolves around discovery, why would anyone want to know anything pertaining to the new things you’ll see. Now if it was an Asari character, or another human, who gives a shit, but if we’re talking a brand new world with a brand new race, I don’t want to know a fucking thing.

If I know anything, my decisions could change drastically heading into the game. My goal for Andromeda is to make this the first game that I do everything without looking at other people’s choices to see what the results were. And yes, this could include losing a party member. Because I didn’t start Mass Effect when it came out, I was exposed to so much that told me what not to do. This time around, if I feel being an asshole is the correct response, that’s what I’ll do and not worry about the consequences.

I’m not mad at anyone specifically for this, I’m just annoyed of how fast my reflexes have to kick in to avoid reading any material that tells me anything pertinent towards the game, or seeing any pictures that might show off something new. I’ve come across some pictures, but didn’t catch enough to burn it into my memory.

But seriously, folks…it’s a story-driven game about discovering new things. Why are we revealing so much?!