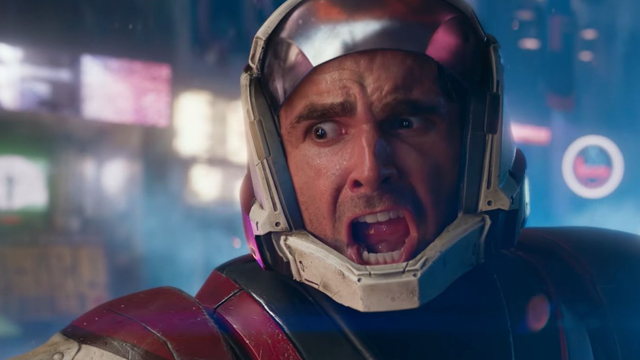 I love Destiny 2. A recent check has shown me that since the game’s September 6th release date, I have logged in about 110 hours in the game thus far. Over 100 hours in the first month of the game spent shooting endless aliens, collecting vast amounts of loot and having a blast with friends.

But aside from the various problems I have with the game itself, there’s one particular problem having to do with the game that’s really been driving me crazy as of late: The main sub-reddit for the game, aka r/DestinyTheGame, which has been a source of a lot of anger as of late. It’s not all that surprising, Reddit isn’t exactly known for being the most civil place on Earth, but after a recent post from Bungie’s Community Manager “Deej”, the sub-reddit has become the most toxic I’ve ever seen it.

“On a personal note; just the other night, after we caught up in the Crucible, I had dinner with a dude I met as my teammate in a Bungie game eleven years ago. I am a product of the Bungie community. My challenge to every Guardian is to look to the human element in Destiny 2 to fuel your appetite for ultimate re-playability. The ultimate loot is the friendships that can grow out of a game like this. There will be more gear to add to your character (next week, even). The rewards that I’m talking about are the people in the community that thrives in this game. If you let them, they’ll make your hobby as a light-dealing hero on a starside campaign for glory even better.

Thanks to those of you who are helping us to drive that scene.” – Deej, Community Manager

Players lost their shit over this comment, because in their minds it was a member of Bungie telling them “Fuck off with your bitching and whining about the endgame not being that strong, get some friends you losers!”. I’ve read this comment over and over again and while yes, the game’s endgame has not been as strong as we would have hoped, Deej’s comments are clearly not directed at the player base in an angry way, he’s not throwing shade at all. He’s simply saying “You know online games are about more than just the content, right?”, because by the way folks, a shocking revelation in the world of online gaming, you play these games with people. Those people are real too and if you’re nice and cordial to them, you might make friends. And I don’t know if you know about this, but playing with friends? It’s super fun!

I play in a community called Red Rover Inc, a clan that was formed through a grouping site called the100.io, which allowed people to sign up individually and be placed in groups based on their age, their time zone and whether they’re a hardcore or casual player. I have made a ton of friends through this group, at least 20 I see and talk to on a regular basis, whether in-game or through the community’s Slack chat. And you know what? I am getting less and less inclined to play the game as much as I did especially in the first two weeks. But a month and over 100 hours in, I’m still going back to it. Why? Because it’s a way I can talk with these online friends I’ve made and shooting the shit while grinding, raiding and playing the PvP modes in the game, it makes all these things so much more enjoyable!

But the sub-reddit decided to take it as a shot against them, citing that Bungie could care less about the player base and just want their money in the next expansion, which by the way all these people complaining, they will return and spend that money they claim Bungie is going after them for. I’m sorry, you don’t get to hold a position like this and then not put your foot down, if you really think you’ve been burned as badly as you claim, why are you coming back? And if you are, you have an addiction problem, no buts about it. Well, either that or you’re just whining and complaining because “Bungie isn’t your snack dad handing you out little treats whenever you cry.”, which has become my favourite line to come out of the Destiny community since Day 1.

I get it, there are those who are so hardcore that Destiny 2 is their one and only game. Fine. You’re missing out on so fucking much, but fine. If that’s the case though, shouldn’t you be the ones who are smart enough to A, understand that there will be lull points in the game and B, YOU OF ALL PEOPLE SHOULD BE THE ONES MAKING THE GOOD SUGGESTIONS AND NOT CRYING ALL THE TIME!!! You are the 1%, you should be the ones posting every day about all the things that could make the game better down the road, big and small. You should be the ones keeping the casual fans and those who are losing interest from leaving, giving them cool stories to think they might experience one day, hints and tips to make their playing experience better and better and just overall keeping the game you claim to love so much on a positive standpoint.

But if you’re instead just going to bitch and moan, whine and complain, then I’m sorry but I have zero sympathy for you. I’m sitting here with a newly downloaded free copy of Metal Gear Solid V (PS Plus is amazing this month) and there’s unopened copies of Final Fantasy XII and Kingdom Heart 1.5/2.5 on my shelf, just begging to be played. I have options and I’m okay with taking a break from a game I love a lot, so that when I come back, it’s fresh to me again and there might even be new content that I didn’t know was coming.

This whole article in the end stems from posts like mine and people just responding with “Oh, now you’re complaining about people complaining, way to help the situation, asshole!”. Y’know, the responses you get from people who don’t have logical answers to anything, they just want to be heard in any shape or form. So I’ll bite, yes I’m in a way complaining about people who complain. But am I questioning those who have legitimate criticism about the game? No. Am I questioning those who offer new and fresh ideas for the game? No. I am questioning those who are offering zero criticism and zero ideas, the ones who are writing “BUNGIE, THE ENDGAME SUCKS, FIX IT!!!” or “FUCK THIS GAME, I PLAYED FOR 100+ HOURS AND I’M BORED!!!”, those kinds of posts. You are offering nothing, you’re screaming insignificant drivel and expecting a response from God, essentially.

So I’ll go with the ol’ line I love pulling on unsuspecting babied adults. You’re not special and you’re not ever going to be catered to by anyone other than your parents, get a fucking grip. Beyond that, for fuck’s sake, find something else to play for a while, it’s clear that if you’re this pissed off about how a game is going for you, that it’s time to take a break. If you spent all your available funds on the game, there’s plenty of free games on PS4 for you to play. Better yet, here’s a fantastic idea, download an emulator for the older consoles and go play some classic games, relive that nostalgia or if you’re a younger gamer, find out what the fuss was all about with the ol’ Nintendo and SEGA classics.

Bloody hell, this entire world has turned what used to be civil discussions and debates into playground whining sessions. No wonder we’re so fucked.